Make it relevant: Diversity and inclusion in China ads

By cherryblossoms November 14, 2021 blog, in the media No Comments
0

In the United States, the history of slavery, persistent systemic racism and the growing mosaic of ethnic minorities, placed the topic of “race” at the core of societal debates. American companies pioneered D&I policies and still lead the trend. Yet, more brands fall into the trap of “cultural appropriation” and face the risk of getting “cancelled”. In European countries like France, the United Kingdom, Spain, Germany or Italy, immigration countries and / or where the history of colonization produced racial discrimination, diversity is also a core societal concern, even if brands are less pressured to communicate in a more inclusive way.

On the contrary, China is a mono-racial country, 92 percent of the population is Han identified (although it counts around 56 ethnic minorities), where the proportion of non-Asian foreigners is insignificant[1]. In the Chinese perspective, “Diversity & Inclusion” is an imported concept from the West and appears to many like a buzzword. Historically, it is antagonist to the founding idea of a united and harmonious Chinese society, where an individual is conceived as part of a group – a married couple, a family, a community, a country. China remains a collectivist Confucian society, where the concept of unity prevails over “diversity”, always suspected to lead to separatism. Unsurprisingly, the #BLM movement had little impact in China. With the COVID-19 crisis, the Chinese have been more concerned about the rising anti-Chinese racism and China-bashing abroad.

With the rise of national pride – fueled by the successful management of the Covid-19 crisis by China and its growing economic ascension – the main expectation of the Chinese audience is to see more Chinese people represented in Western brands’ communications locally and globally.

While Western fashion brands have been pioneers in their representation of black women, Asian women were until recently under-represented in fashion shows as well as advertising campaigns. Today, the representation of Asian models and celebrities is growing, in fashion shows, among brand ambassadors, in advertising campaigns and magazine covers. In fashion magazine Elle China, fourteen out of seventeen celebrities’ pictures on the cover were Chinese in 2020. In comparison, Japanese people remain more attached to foreign celebrities and models.

Western luxury brands were reluctant for a long time to get local ambassadors, as they feared to “dilute” their European heritage. They were lagging behind mass market brands regarding diversity and inclusivity. Yet, with the growing importance of the China market for the industry (China will account for 40% of the global luxury sales by 2025[2]), luxury brands are more overtly localizing their communication.

Western brands’ inclusive campaigns don’t seem to really “resonate” with the Chinese audience.  Calvin Klein pride campaign in June 2020, featuring black, overweight, lesbian trans model Jari Jones, stimulated some positive comments on Weibo from Chinese women, but only because they saw the advertisement as breaking from traditional beauty conventions. Their understanding of this campaign was feminist, not racial or pro-LGBT. 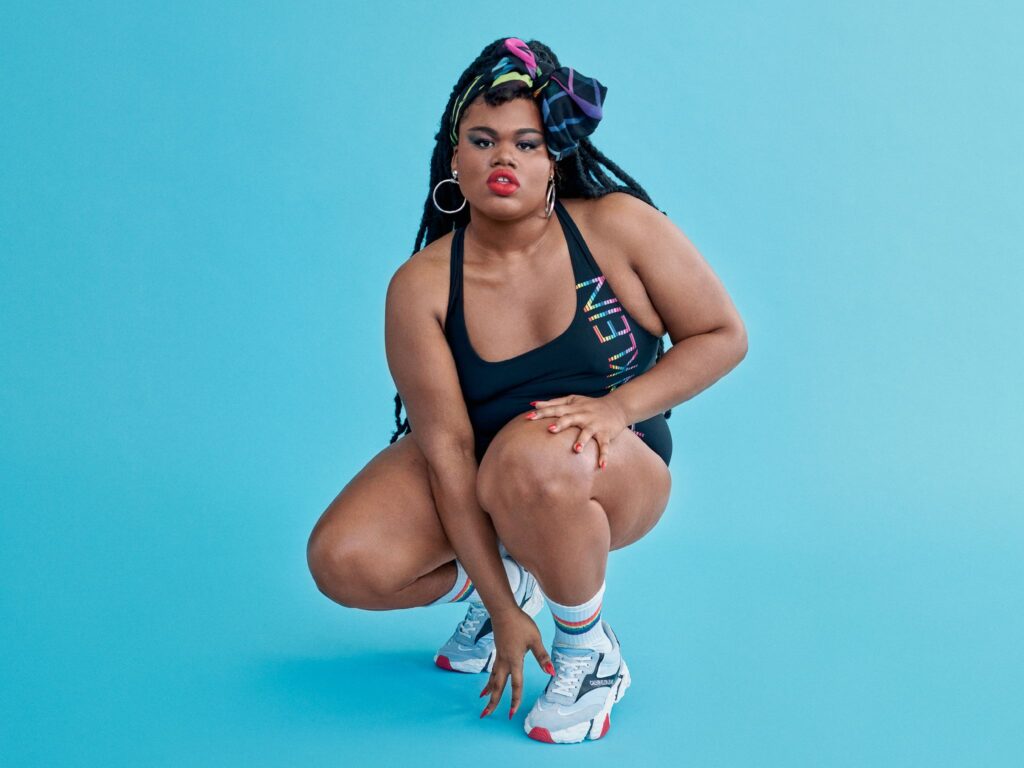 Following the #BLM movement, the decision of beauty group L’Oréal decided to eliminate the word “whitening” and the expression and the expressions “fair and lovely” from product catalogs, was misinterpreted in China and generated negative comments on social media. Chinese consumers did not consider the association of white with beautiful skin as racist, since fair skin has been a beauty criterion in China for centuries. Chinese women expressed on social media their wish to be allowed to consider white skin as beautiful, the same way as Western women aspire to tanned skin, without being considered as racist. 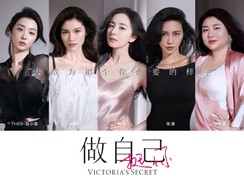 VICTORIA’S SECRET “be yourself” campaign, 2021

The Chinese underwear brand Neiwei campaign “No body is nobody” (2020) featuring six women with “flaws” (a scar, grey hair, muffin tops) – which would be considered mainstream in the United States –  was unprecedented in China, where women representations in the media are rarely realistic. 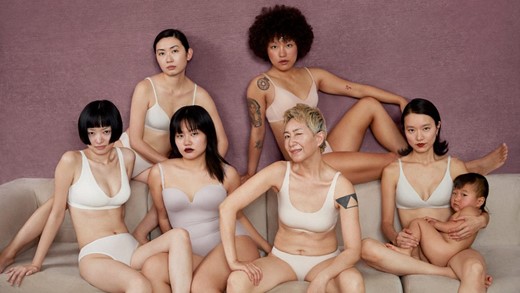 Yet, interestingly, Western brands attempting to represent non-conventional Chinese beauties have been victims of backlashes. Zara’s “Beauty is here” campaign in 2019, featuring Chinese model Jing Wen with her freckles raised hundreds of millions of views of the #zarauglifylingchina, as in China, a core beauty criterion is flawless skin and that beauty is linked to health. This campaign, coming from a Western brand, was perceived as disrespectful towards China, even more so that the Chinese model was posing next to a Caucasian model with flawless skin. 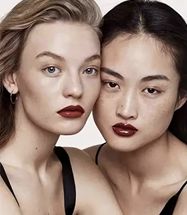 Besides inclusive beauty, ageing women and the alienating injunction to women to stay (keep looking) young raise growing discussions on social media. In China, significantly more than in the West, women between 40 and 50 years old are almost invisible in the media.

Yet, the massive popularity all around China of the real TV singing & dancing contest show “Women who make wave” in 2020, staging 30-50+ women – all self-confident, talented and beautiful, initiated a societal debate around middle aged women and encouraged brands to increase their visibility. 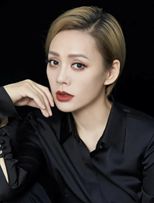 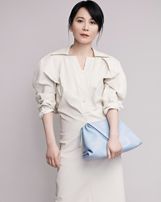 A noticeable limit being that authentic signs of ageing like wrinkles or grey hair are always concealed. The aspirational driver for brands being to represent older women looking 20 years younger than their real age.

Regarding the young generation, gender representations are crystallizing the need to shake norms and societal injunctions in China. The massive popularity of androgynous celebrity singers embody the audacity to “be yourself”.

Playing with gender is considered an expression of individual freedom, in a country where censorship, family and societal constraints remain oppressive. Many tomboy looking hip hop and K-pop singers, wearing short hair and tattoos, like Liu Yuxin or Danny Lee, are highly aspirational to Chinese women and widely used as ambassadors by Western brands. 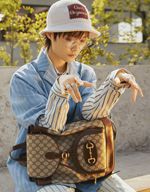 Yet, the representation of gender-neutral men – the Little Fresh Meat, androgynous pre-pubescent looking men influenced by the Korean “Flower boys” – is now fading, due to the growing censorship on “effeminate” representation of men[1].

Regarding LGBTQ+ representations, there seems to be a gray zone. The e-commerce platform Alibaba 2020 Chinese New Year ad campaign, staging a young man bringing his boyfriend “back home” for the annual family reunion, raised a considerable amount of positive comments on social media. In socially conservative China, where homosexuality is still banned in films and where the Chinese Government recently promoted more sports at school to “prevent the feminization of male adolescents”, inclusive LGBTQ+ ads seem welcomed by the young generation. 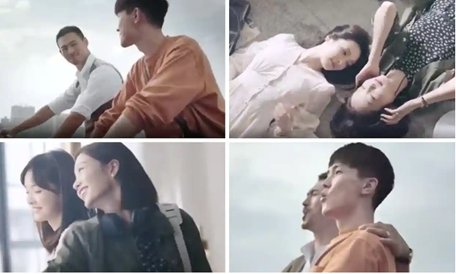 Yet, ambiguous campaigns are rejected. The commercial for the Cartier Trinity ring, presenting couples of men and women as family or friends was considered “disturbing” and “stigmatizing” on social media.

Western brands tend to oscillate between two extremes: they either have a cosmetic approach of LGBTQ+ issues, with inclusive, institutional messages, or have strong, daring statements like Dior appointing Chinese transsexual icon Jin Xing as ambassador. This choice, although well received in China, because of the popularity of Jin, was rather dangerous. 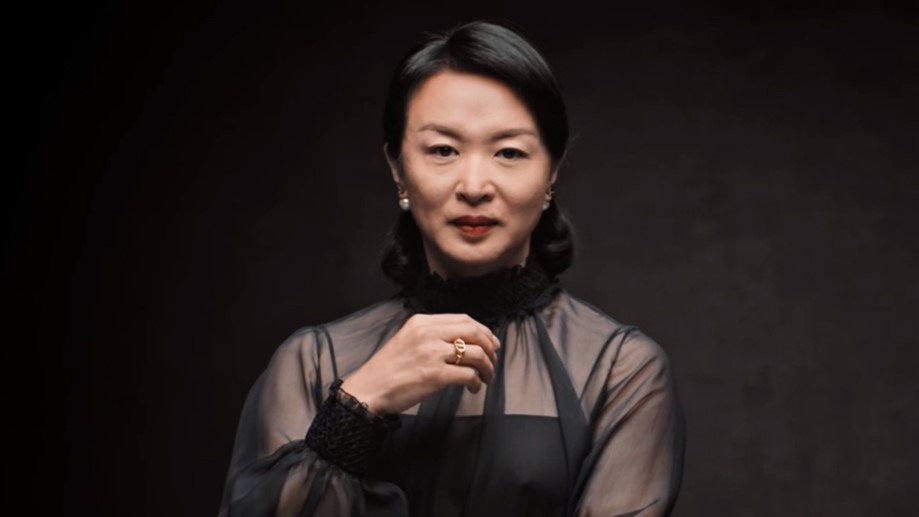 Local brands often address LGBTQ+ issues in a more emotional and authentic way, notably through the topic of family rejection and reconciliation. Many gay advertisements depict the empowering freedom but also the difficulty to live the life that you choose. They rely on similar emotional drivers than campaigns and TV series focusing on single women striving to be independent, despite the family and social injunction to get married. They focus on real, authentic life stories, which make these campaigns more emotional.

An advertisement campaign for Chinese phone brand Meizu shows the testimonial of the acceptant mother of a young gay man. She relates the case of another gay boy who committed suicide and invites parents to be more tolerant. This reconciliation with the family as happy ending, is an emotional powerful driver for Chinese.

China is still lagging behind the United States regarding the topic of Diversity & Inclusion. Yet, the representations of diversity are evolving fast and the women empowerment trend is favoring more inclusive representations of women. In a context of rising national pride and conservatism in China, Western brands should take into account local cultural specificities before launching D&I campaigns locally. 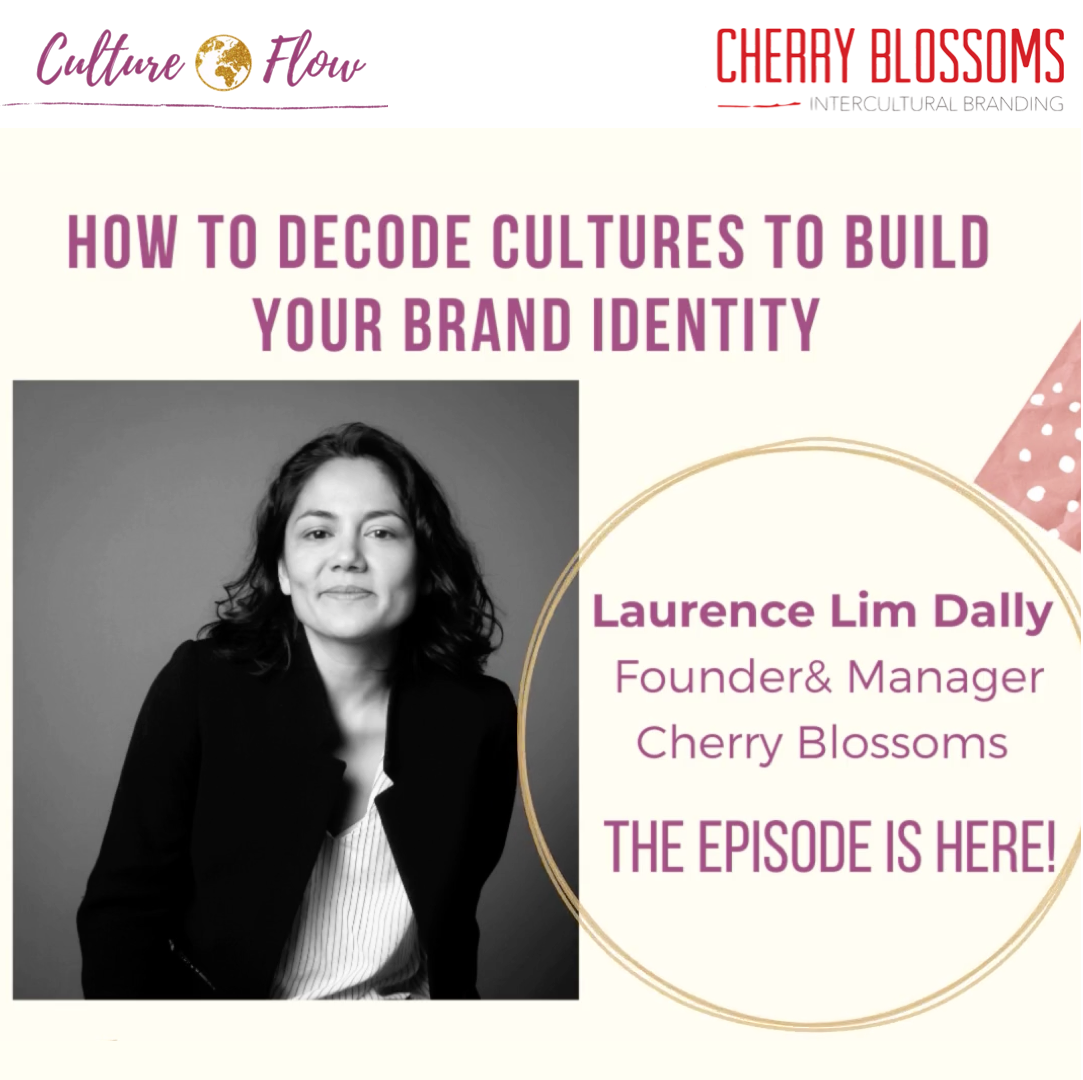 Culture Flow, Episode 20. “How to Decode Cultures to Build Your Brand Identity”

Culture Flow, Episode 20. “How to Decode Cultures to Build Your Brand Identity”