Why Brands Should Localize CSR Strategy During COVID-19

By cherryblossoms September 4, 2020 blog, culture, in the media No Comments
0 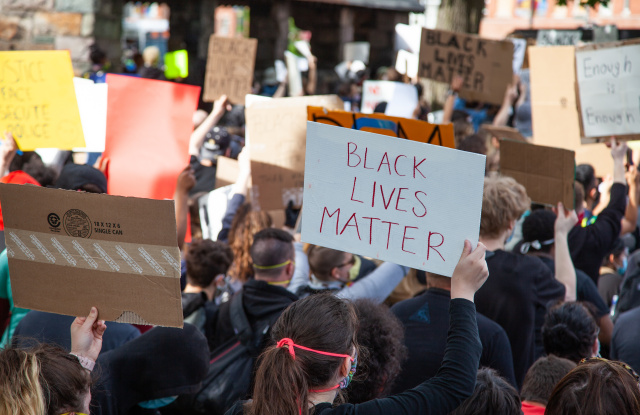 Yet, as brands compete with ethical initiatives, these often remain unnoticed when they don’t raise negative buzz for being insensitive to local culture, values and prior concerns.

Following recent Black Lives Matter protests, Nike, the Jordan Brand and Converse announced a commitment from each brand totaling $140 million to support the Black community. Nike’s iconic “Just do it” signature turned into “For once, don’t do it,” to condemn police violence. Ben & Jerry’s demanded the American Congress study the effects of enslavement and discrimination and dared to tweet “We must dismantle white supremacy.” Such bold brand statements are emotionally resonating in the U.S., where systemic racism has been ingrained since enslavement and racial discriminations are at the center stage.

They may have resonated in France, where the history of colonization fostered racial discriminations toward French citizens of the African and Arab diaspora. But in China, a monoracial country made of 92 percent Han people, where Africans are coming for business purposes, the #BLM movement had little impact. With the COVID-19 crisis, Chinese people have been more concerned about the rising anti-Chinese racism and China-bashing abroad.

Under the #BLM movement, companies like L’Oréal or Unilever banned the words “white” and “fair” describing their skin-whitening products, which was widely praised by Western consumers. Yet, Chinese consumers do not consider the association of white with beautiful skin as racist, since fair skin has been a beauty criterion in China for centuries. Chinese women expressed on social media their wish to be allowed to consider white skin as beautiful, the same way as Western women aspire to tanned skin.

Racism takes various forms in different regions of the world. In Japan, one of the most homogeneous countries in the world, the racial controversy is about “hāfu,” bi-racial Japanese, who often remain stigmatized. Based on the observation that most Japanese associate skin color to a single tone (light peach color), Shiseido conceived “My Crayon’s Project.” Their scientists scanned the skin of school children and created a crayon corresponding to each child’s skin color, tagged with their name, raising their awareness on the plurality of skin shades. The topic of racism had to be addressed in a more nuanced way than in a multicultural country like the U.S.

In Europe and the U.S., women’s rights issues have faded since #MeToo has been replaced by #BLM in mainstream media, but the topic remains hot in China. Chinese feminism is indeed growing, focusing less on toxic masculinity or female empowerment in the workplace as it is in the West, and more on emancipation regarding one’s family: the freedom to study, have a career and marry by choice.

Another core growing topic is body shaming. If inclusive ads have been generalized in the U.S. since the Nineties, overweight, middle-aged, gender-neutral celebrities are hardly represented in Chinese media and beauty remains extremely standardized. This is why Dove conceived a “Self-Esteem Development Plan” targeting Chinese girls ages 10 to 13, whereas in the U.S., it focused on racial and LGBTQ issues.

Regarding environmental initiatives, many luxury fashion brands such as Chanel or Burberry are focusing on animal welfare and stopped manufacturing fur. Kering and LVMH set up treatment standards to improve animal welfare. Cruelty-free measures are praised in the U.S., where the first animal legal protection was established in the 17th century by Puritans and where 68 percent of households own a pet. But in China, animals were traditionally considered as inferior, plain commodities to humans. The Chinese remain by far the biggest consumer group of fur in the world and the culture of pets is only emerging, thanks to the younger generation whose consciousness about animal rights is rising fast.

Many Western companies’ CSR strategies, especially in the luxury industry, remain geographically restricted to their headquarters’ perimeter. This was particularly visible during the COVID-19 crisis. They also often miss addressing other core markets’ societal concerns. In China, for instance, the fast urbanization and one child policy destroyed the family, cardinal traditional values, and created a gap between rural and urban, traditional and modern China, parents and children. Some 291 million rural migrant workers often have to be separated from their children. Apple’s poignant campaign “Daughter,” featuring the reconciliation between a mother and her daughter who confronted social norms while becoming a taxi driver and raising her child alone in the city, was a notable success. Yet, only few brands’ CSR initiatives address these local, societal and highly emotional issues.

The COVID-19 crisis is accelerating international brands’ efforts to conduct social and environmental actions around the world. Brands are building their CSR strategy according to their own identity and values. Taking into account cultural specificities to roll out intercultural CSR policies also be part of their ethics.

How Western Brands Should Adapt Their Marketing for Chinese Culture

How Western Brands Should Adapt Their Marketing for Chinese Culture