Can Luxury Brands Stand Out With Humor?

During the many, many weeks of lockdown in China, social media channels like Weibo and Tik Tok were flooded with humor viral videos, as bloggers, tucked away in quarantine, turned the banality of daily life into one short funny video after another. Examples: a man fishing in a fish tank, people playing mahjong wearing cosmonaut suits, a lion dance performed by a family hidden under a giant plastic bag, or a woman going out to exercise in a full Christmas Tree costume, sporting Michael Kors handbag.

Such videos are subverting mainstream communication codes, which still rely on beautification and positive energy, like when influencers and livestreamers appear to be “casual” but are sporting perfect makeup and outfits. These funny, quarantine-related videos, however, mainly focus on everyday people, doing everyday things in their rather humdrum home environments, trying to have a bit of fun to cope with their solitude and anxiety.

This form of humor resonates with the modern Chinese form of humor linked to the “mourning culture” (Sangwenhua, 丧文化), a rising youth Chinese subculture associated with self-depreciation, dark sarcasm, and a sense of exhaustion from an overly competitive society. The popularity of Sang Tea’s “achieved-absolutely-nothing Black Tea” from (丧茶) a few years ago proved that depressing irony deeply connects with Chinese culture.

Another type of popular quarantine-related video focuses on “shaming” moments. Here, we see a young woman, perfectly made-up for a video conference call, only to burst into tears when she releases it’s going to be a phone call instead.

In another video, a student is following a make-up tutorial during her e-learning course and didn’t realize her web cam was on and that her teacher and students were watching her. These funny “shaming” videos rely on self-derision and contrast with the narcissism and constant need for self-appreciation of many Chinese influencers.

On the brands’ side, one noticeable example of quality humor can be found in SKII’s “Bare Skin Chat” social media campaign, which has collected over 7 million likes on Weibo. The first episode features the Japanese comedian Naomi Watanabe in a pathetic attempt to take a “sexy selfie” as she asks actress Kasumi Arimura to share her skin beauty secrets. Her hilarious parody of the SKII “pat-pat” application ritual was refreshing in the way it made fun of celebrities and the concept of branding itself. These satirical “anti-commercial” videos create complicity with their millennial audience, which is tired of “punchline” jokes in their ads.

In that same spirit, some luxury brands are distorting the traditional communication codes of the luxury industry. As a polar opposite of the usual representations of success, Piaget’s “Becoming the Boss” video series stages a nightmarish first day of work for an ambitious and arrogant young man. This anti-hero undergoes a series of embarrassments that always happen in the presence of his low-key boss who wears a Piaget watch. The brand cleverly reverses roles here — associating luxury with inner qualities instead of appearance while indirectly mocking conspicuous wannabes.

Luxury brands, during the tragic pandemic, only expressed their support to the Chinese and communicated on their supportive actions. Evidently, any touch of humor would have been out of place.

But how did luxury brands deal with humor before COVID-19? During Chinese New Year, luxury brands were stepping up their imaginations and senses of humor to honor the Year of the Rat. Gucci’s high-end fashion line celebrating Mickey Mouse and Longchamp’s capsule collection of mouse-shaped bags are two good examples.

Although most luxury brands want to appear more casual and accessible for millennials, they’re still reluctant about integrating humor into their marketing.

In years past, the gamification of luxury (the WeChat Mini Game Bounce Ratberry from Burberry or the Coco Chanel game center, for instance) has become a legitimate way for luxury brands to engage with fun-seeking millennials.

But in campaigns, only influencers — including those promoting luxury brands — consistently use humor as a communication driver. Gogoboi, for instance, has become famous for his sardonic tone, saying things like teen idol Yan Chaoyue has a strong ability “to make clothes look cheap” and that one of Angelababy’s dresses looked like a feather duster.

This kind of humor was popularized by the well-known comedian Papi Jiang a few years ago. She became a major internet celebrity thanks to a video that went viral of her making fun of Chinese women while using English slang. Her sense of humor is a modern Chinese form that relies on acerbic vernacular and authentic self-mockery. As a self-proclaimed “leftover” woman and “loser,” her girl-next-door looks contrasts sharply with most dolled-up influencers. Papi Jiang has thus inspired a new generation of comedians and influencers that includes young success stories like Lamu Yangzi, who challenges beauty standards via humorous self-deprecation and irony.

Another emerging form of humor in China wins fans by disrupting idealistic or glamorous representations of a luxury lifestyle. A recent Cadillac television ad campaign employs this by showing a ridiculous succession of humiliating, embarrassing, or pathetic “daily-life” moments. We see a mother shedding a few tears as she finds herself unable to solve her child’s second-grade math problem, followed by the tagline “without frustration, we cannot parent.”

These rare examples of humorous campaigns on social media show a new concept of luxury that doesn’t simply anchor luxury products in an idealized world, disconnected from reality. These brands choose to mock the real world while proving they don’t take themselves too seriously. 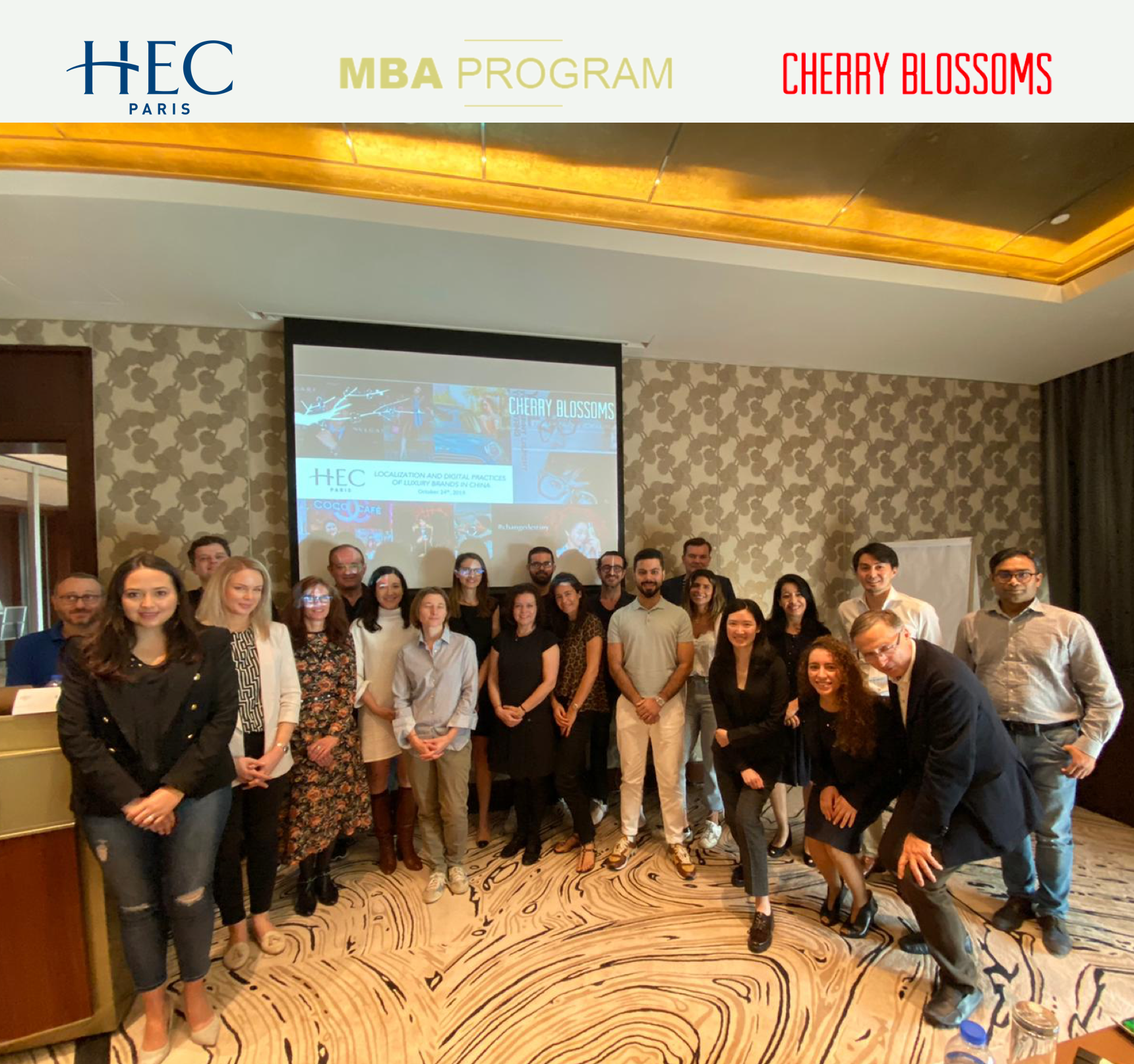 Localizations and digital practices of luxury brands in China

Localizations and digital practices of luxury brands in China