How Should Luxury Brands Represent Masculinity in China?

By cherryblossoms August 7, 2019 blog, culture, in the media No Comments
0 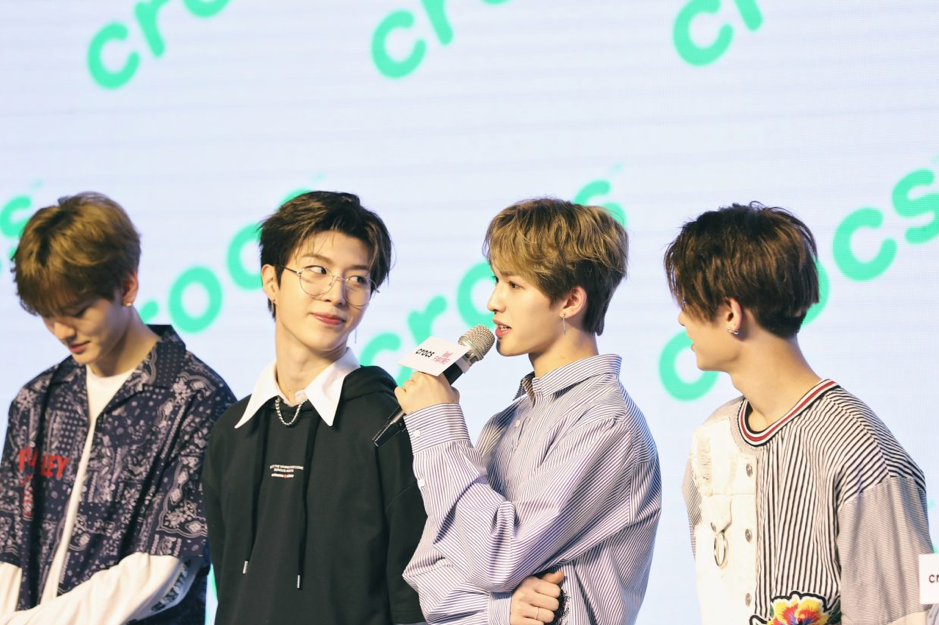 The recent choice of sensitive heartthrob Keanu Reeves as the new face of Saint Laurent illustrates the evolution of masculinity at a global level, and so-called ‘alpha men’ are selling less inside China.

The most visible proof of changing male preferences in marketing from alpha to beta can be seen in the growing popularity of “Little Fresh Meat” in China. Today, these young, androgynous men — often appearing in makeup — are massively over-represented on magazine covers and dating reality shows.

But in the eyes of Chinese women, “Little Fresh Meat” men embody all the attributes of an ideal boyfriend, and there are even an array of types emerging that brands should know. For example, the category of “puppy dogs” describes a prepubescent-looking young man with the traits like innocent, obedient, caring, and romantic. Beauty advertisement often shows “puppy dogs” bearing gifts of perfume, lipstick, or skincare, for their princesses. 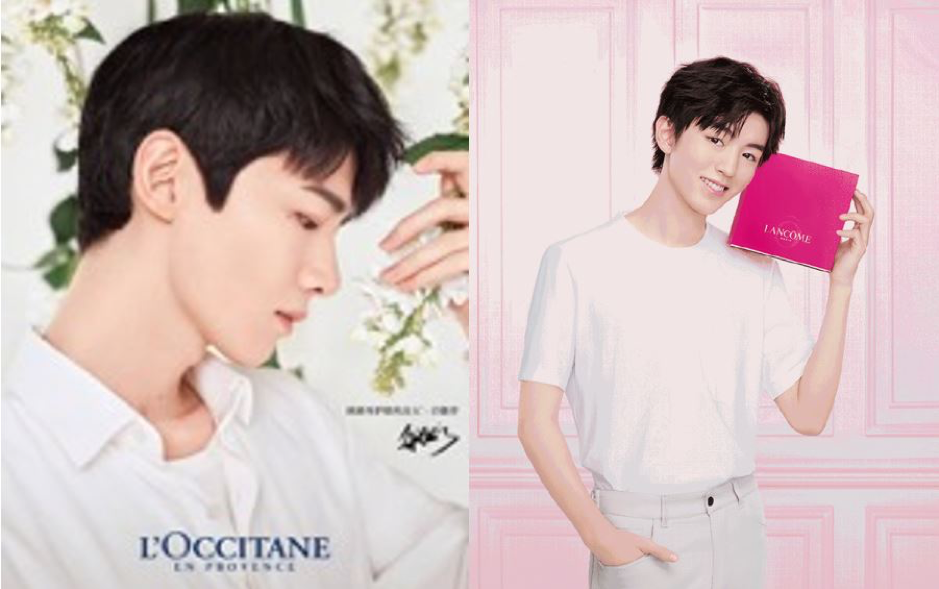 Another category of “Little Fresh Meat” men are the “wolf dogs.” These muscular, cool, street-style boys embody sexiness and self-confidence while selling the illusion of protection to women. Similar to “puppy dogs,” these “wolf dogs” are still primarily characterized by their pretty faces and flawless skin.

When brands target men “Little Fresh Meat” a similar distinction between good and bad boys applies, yet the emphasis is instead placed on energy and will for personal achievement rather than simply looks.

As this “androgenization” of men continues, women, conversely, are being marketed more as alphas, with strong and almost “masculine” personalities. Thanks to the booming “Sheconomy,” brands are targeting more financially independent women through advertisements that feature images of liberated women in control of their destiny. They’re often seen driving their car or motorcycle alone and enjoying themselves without a man in the picture. It’s an image that particularly resonates in China right now.

Body positivity and the diversification of beauty standards are also progressing in the country, albeit slowly. The popularity of China’s Beyoncé, Wang Ju, a fierce feminist role model who’s short and “heavy” with dark skin, symbolizes this evolution. So does last year’s “Bare skin project” campaign by Japanese cosmetics brand SK-II, which shows the brand’s ambassadors without makeup and encouraging women to love their natural looks.

Compared to femininity, representations of masculinity are lagging far behind. With “Little Fresh Meat” men, the focus remains on beauty standards of perfection rather than personality — youth instead of achievement.

For several years “Little Fresh Meat” have been flooding the advertisements of local mass-market brands selling everything from food and beverages to high-end brands in beauty, fashion, watches, or even cars. Luxury brands have been widely using “Little Fresh Meat” to rejuvenate their brand images as well as attract their legions of fans. But appeasing this audience as well as the brand’s all while expressing an authentic voice can be tricky.

While mass-market brands often use anonymous “Little Fresh Meat” models, luxury brands are exclusively endorsed by the most famous idols, singers, or actors in China. But there’s a problem: Most of the famous idols are overexposed in the media and already have endorsements from a myriad of brands. The actor Yang Yang, for instance, is the face of Guerlain, Montblanc, Saint Laurent eyewear, Puma, Alfa Romeo, Pepsi, and Colgate.

Another common difficulty has to do with the street-style images of many “Little Fresh Meat” singers, which can run counter to the renowned elegance of classic heritage brands. For instance, the ‘I need U’ campaign from the 200-year-old French jewelry brand Chaumet — named for a song by the popular singer Zhang Yixing — was widely criticized online. The artist’s hip-hop performance was seen as irrelevant to the romantic narration of a senior couple remembering a loving moment years earlier in Paris.

But it can be a risk for luxury brands is crossing the line in terms of gender representation. Men wearing makeup in China may not be judged as homosexual (unlike in the West) but rather as striving for self-improvement. However, the Chinese beauty brand Perfect Diary, which featured singer Zhu Zhengting to promote their lipstick, was heavily criticized online for the singer’s look in their campaign. His facial features in heavy makeup (high cheekbones, high nose) and seductive poses were found to be too feminine and disturbing to fans, even though it is common in China for men to advertise for makeup brands, particularly lipstick.

Last year, the Xinhua News Agency criticized “effeminate” male celebrities and a “sick culture” that had a “negative impact on teenagers.” Since then, brands have paid extra attention to their campaigns to avoid featuring men as “sissies.”

The redefined representation of masculinity in China is currently midstream. Brands have overcome old binary oppositions of masculinity and femininity in a country where the expression of emotions have traditionally been frowned upon. Recently, Hong Kong actor William Chan confessed in a popular video advertisement for the J12 Chanel watch, “When I hug my mother, I really want to stop time,” which shows that there’s no taboo against men showing their feminine side in China. Yet, there is still room to diversify and enrich masculinity in this ever-expanding market. 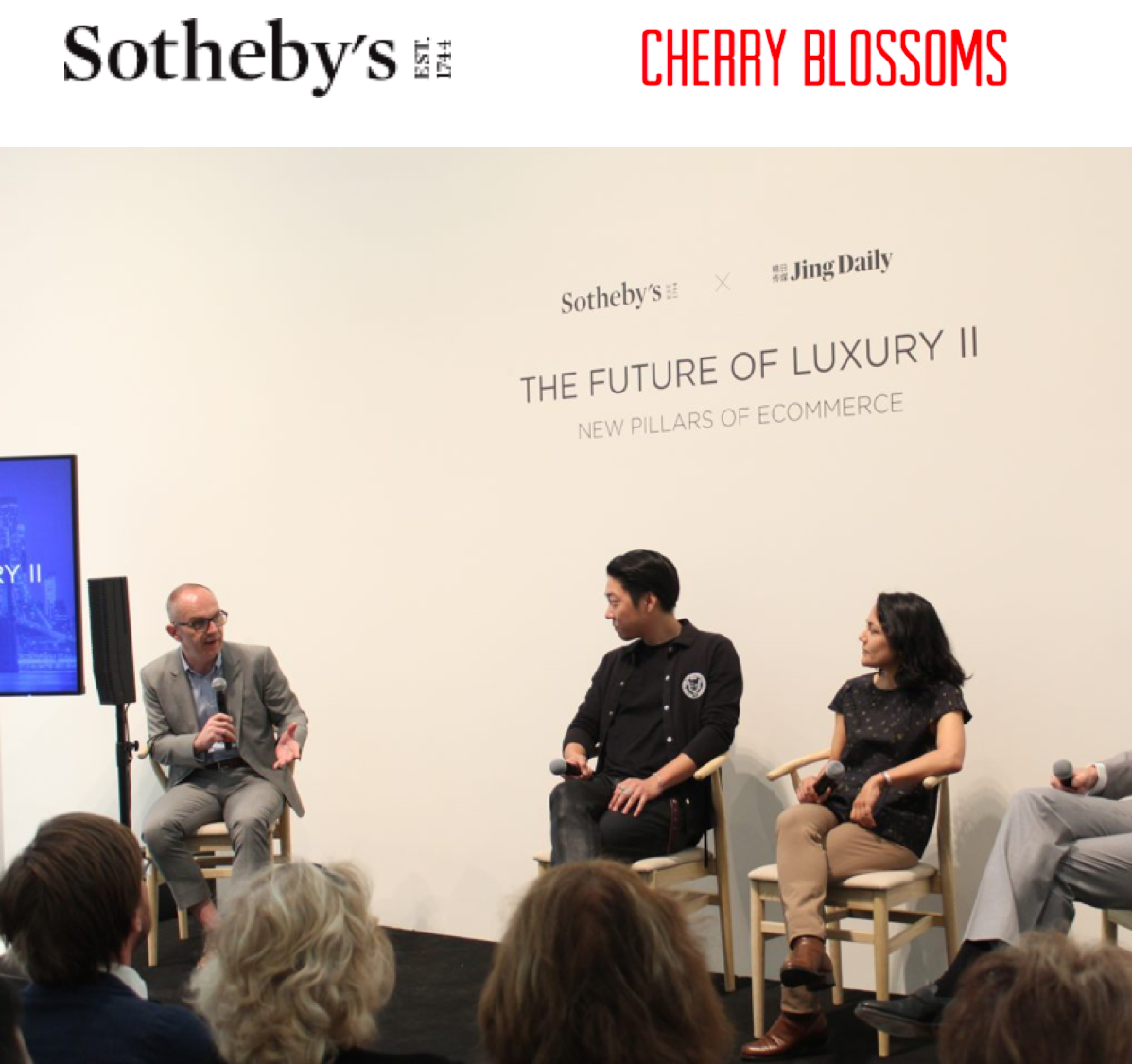 How to define luxury through narrative?

How to define luxury through narrative?