Crazy Rich Asians, romantic, Cinderella-like comedy, N°1 at the US box office, and highly mediatized, is the first Hollywood studio production to feature an exclusive Asian cast in decades. A breath of fresh air, considering the small number of Asians in leading cinematic roles. Asians remain the least represented minority on American television due to the tendency of “whitewashing” Asian actors and even using Caucasian actors to play Asian roles[1]….

Crazy Rich Asians conveys an unusual representation of Chinese for Hollywood, but what does this movie actually tell us?

Crazy Rich Asians opens in New York City and depicts the story of Rachel Chu, the daughter of a single mother having immigrated from China, who became a brilliant economy professor.  Rachel’s boyfriend Nick, also an ABC (American Born Chinese), invites her to his hometown of Singapore to attend his best friend’s wedding, and meet with his family. This is when Rachel discovers that Nick belongs to one of the most established and wealthy families of the region. We understand that Nick is pressured by his parents to come back to Singapore and take over the family Empire, as his father will soon retire.

Crazy Rich Asians is an immersion within the world of Asian tycoons, jetsetters and ultimate luxury. Singapore is depicted way ahead of New York City in terms of wealth, modernity, dynamism, which are also mixed with picturesque traditions like exotic street food and tropical sceneries.

It also captures the duality between: 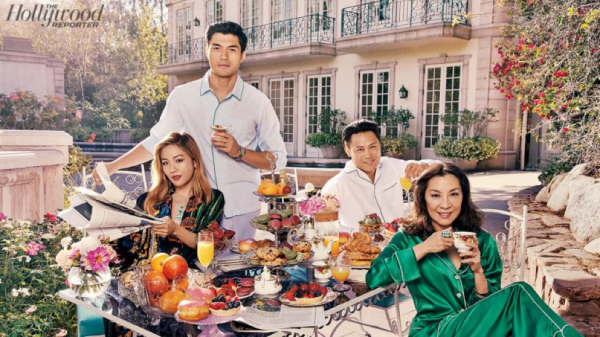 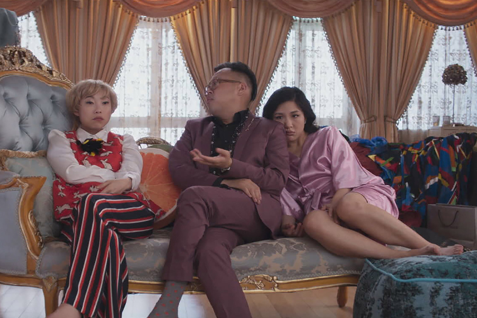 This explains why we see little product placement from luxury brands in this movie, beyond a flash appearance of a Mercedes car, and an exclusive vintage Rolex and Richard Mille watch. Most extraordinary luxury objects appearing in the movie, like this $1.5 million pair of earrings that were actually lent by private collectors. Contrary to Sex and the City, the movie did not turn into a luxury brands’ logo festival. Crazy Rich Asians doesn’t depict the conspicuous, logo-driven consumption associated to China, but unveils the concealed universe of the Chinese ultra-rich.

The generational gap is also well noticed, between: 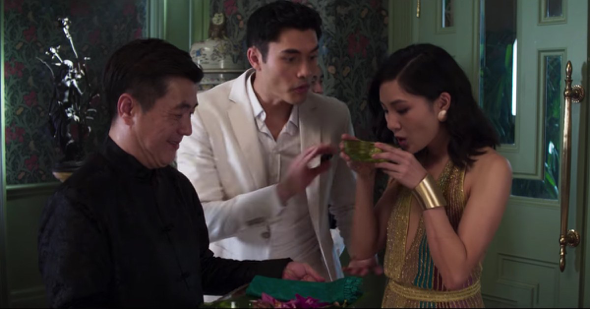 Yet, the movie sometimes concedes to a Western representation of Asians:

How come only Asians would attend this grand wedding, whereas the couple must have studied abroad and seems so cosmopolitan? Isn’t this comforting the prejudice that Chinese are anti-social and remain within their community? 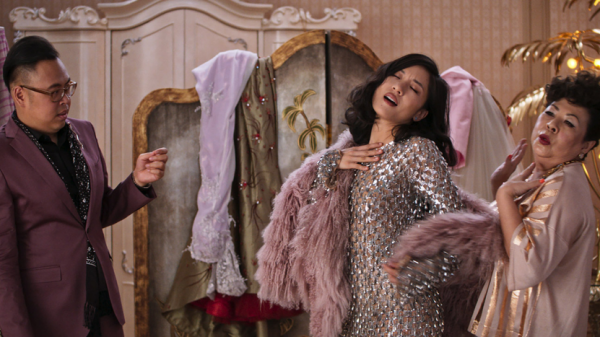 The most disturbing aspect of all is the underlying ideological message. At the end of the movie, Nick Young, the main character, refuses to take over the real estate business his parents and grand-parents had built from nothing, decides to build his life in New York City, and marries Rachel Chu. Rachel wins the battle against Nick’s mother (played by Michelle Yeoh), who was against this marriage, as Rachel “didn’t belong to their world”.

Nick’s mother clearly stands for traditional family values, which are presented in a narrow-minded way: family being defined by blood and a pretext to racial and social exclusion. She also places family success as ultimate goal: sacrificing one’s individual happiness to contribute to the prosperity of the family for the next generations.

Rachel, coming from a modest background – with no family apart her mother, and having become this brilliant, self-confident economy teacher, thanks to her own merit, stands for opposite -modern and inclusive – values and individual freedom. Whereas, Nick seems stuck with the “destiny” traced for him by his family. She also proves her disinterest for Nick’s money and embodies therefore a revisited American Dream “for Millennials”, where love and self fulfilment matter more than material success.

This confrontation between the mother and the girlfriend, a leitmotiv of many comedies, acquires here a symbolic meaning, which ultimately proclaims the America as most aspirational life model. The prodigal son decides not to return to Singapore, and builds his life in New York City, to become a self-made man – fulfilling the American Dream.

Crazy Rich Asians appears like the glamorous version of the TV series Fresh Off the Boat, released in 2014, one of the first shows focusing on an Asian-American family in twenty years. Fresh Off the Boat showed the struggles of a Chinese family from Taiwan, to conciliate their Chinese culture with the need to “assimilate” to America, while they settle in a white suburb of Orlando.

And both features end up carrying the same US supremacist message and promote assimilation instead of multiculturalism (the ultimate objective being to “fit in”) under the pretext of fighting racial prejudice and claim an inclusive society.

And this message comes at a time when America seems to experience a neo “Yellow Peril”, through a double threat:

Not to mention an enduring racism, with Asian men clearly not really considered as attractive potential partners by many American women: on dating apps, white, black and Latina, would give Asian men a rating between 1 and 2 stars less than what they usually rate men.

“Crazy Rich Asians” has a Napoleon quote at the beginning of the movie: “China is a sleeping giant. Let her sleep, for when she wakes she will move the world.” China is already moving the world, but Crazy Rich Asians is a demonstration of America’s soft power – Hollywood – to fight against this reality.

[1] Scarlett Johansson in Ghost in the Shell (a Japanese role), Emma Stone in Aloha (in the role of Allison Ng), etc.

[2] In that context, Crazy rich Asians featuring this ultra-niche of Asian billionaires, as if all Asians / Chinese were rich, when U.S.-born Asian men earn 8 percent less than white men and that white men and women are twice as likely as Asians to hold executive positions, might give the wrong idea… 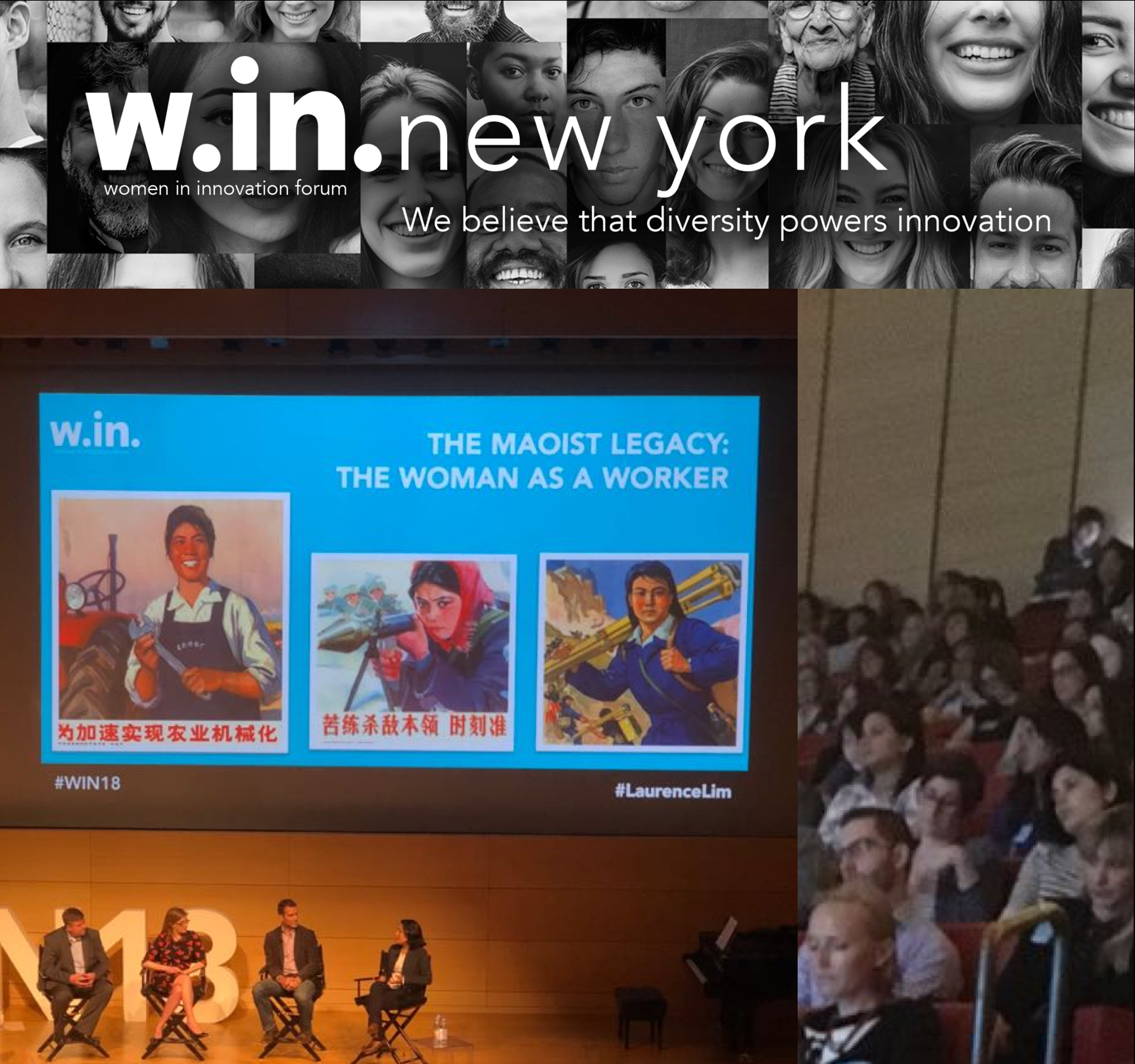 How do innovation and diversity work together?

How do innovation and diversity work together?